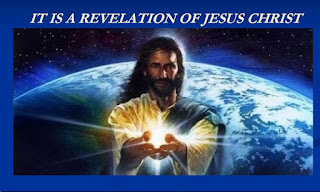 Before this earth can be transitioned over to the complete rulership of Christ, a legal transaction must have taken place in heaven.  All kingdom authority transitions from heaven to earth.  Jesus prayed, Father, "Thy will be done on earth as it is in heaven..".  How is this going to happen?  How is earth going to finally be liberated from it's curse? The answer is found in Revelation 5.  The scroll that the apostle John sees and begans to weep very greatly over is in the hands of the Father.  John knows that this scroll holds the full redemptive plan for earth and all mankind.  Scrolls were used in John's day for the price of redemption.  The terms were inside the scroll.  John cries out, "Who is worthy to open the scroll and loose the seals?"  Men have tried throughout history and failed, Hitler tried, the Caesar's tried, Napoleon tried. Satan's last best hope to possess the earth is going to be the antichrist. When Satan is cast out of heaven to earth in the book of Revelation chapter 12, he possesses the antichrist.  All the fallen angelic hosts, also cast along with Satan are cast out of the heavens, will team up with the demons of the earth and cast their full power behind the antichrist and this world system.

This is the present struggle over the earth right now in 2018. But Revelation 5 gives us a clue at the of the chapter.  "But He has made us a kingdom of kings and priests unto our God. And we shall reign on earth." The heaven portion of great authority is Jesus receiving the scroll in heaven.  Jesus is rightfully given the scroll and John is told to stop weeping but to "BEHOLD".  Behold the Lion, who legally takes rightful possession of the earth as reigning king in David's lineage, and behold the Lamb who spiritually bought the earth by His own blood. That's heaven's portion.  But on earth is OUR portion.  We have been assigned as kings  and priests.  Kings to take legal territory by practicing kingdom dominion and priests to possess the spiritual dimension through prayer, declaration and applying the blood of Jesus to this earth.


WHY IS THIS SEASON SO IMPORTANT? If I have ever been sure of anything in my life, I am sure of this truth I am about to share.  This delay in Satan's agenda has been temporarily allowed for the END-TIME HARVEST.  God has given us a window of opportunity to finish the task Jesus gave us to do in Matthew 28:18-20  "All power (authority) has been given unto me in heaven and earth.  Go ye therefore and made disciples of all nations..."

The church, the body of Christ, must recognize this season.  It's not going to last forever.  We received a prophetic word the first week of January at our KLU campus morning classroom.  God told us it would be a season!  Primarily 2018 to 2021.  But the church must recognize it and act on it!  We could miss it.  Millions of souls would be lost and Satan would be delighted. Or we can possess it and use it and act on this season and complete the harvest.  It's our choice.  To see how we are doing in completing the harvest please go to:
Completing the harvest UPDATE

Thank you for your comment. Please join us for our weekly live Kingdom Business Community Bible Study broadcast at - Jerry Brandt