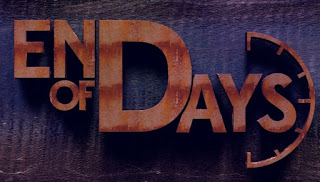 This video will help you understand the end-time timeline Jesus gave us in Matthew 24. Jesus referred to the book of Daniel and the book of Revelation.  He shows us the high points of the Father's prophetic plan and His own "Action Plan" for the end of this age. Jesus straightens out much of the false prophecy we see today on Youtube.  People are giving all these so called "signs" of the times when Jesus clearly said they are not. He said the wars, rumors of wars, earthquakes, pestilence, and all these things are not signs of the end.  We have had them for thousands of years. Yet many modern day so called prophets use them to tell us that they show how close the coming of the Lord is. NOT!  Jesus even called them the "beginning of sorrows, but the end is not yet".  There are only a couple of markers that Jesus, Himself, gave us.  First is the "Abomination of Desolation".  This happens in the middle of the tribulation period after the antichrist has already established a peace agreement or covenant with Israel and her surrounding nations.  The 3rd temple will already have been built because the "abomination of desolation" cannot happen without it.  The seals of Revelation 6 will already have been fulfilled. See my video on the Four Horsemen of the Apocalypse. Then in the middle of the tribulation this great event happens. Revelation 12 shows that Satan has now been cast out of heaven by Michael and God's mighty host of angels.  Satan comes to earth in great anger and personally indwells the antichrist. This period fulfills the trumpets and finally the devastating 7 bowls at the very end of the tribulation.  The greatest time of destruction outside of the flood, in world history. I will show you in this video how all these things fall out. How the timeline is clearly drawn by Jesus in Matthew 24.  The final and only true sign of Jesus coming is "When this gospel of the kingdom is preached in all the world, unto all nations (dialects), then shall the end come."  Matthew 24:14.  Jesus said regarding it, "then the end will come". Jesus said it, I believe it, and Action Evangelism and Kingdom Life University is preparing for it! 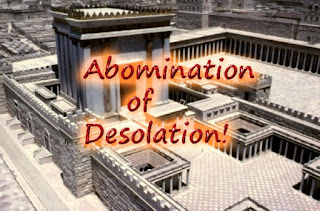 Daniel chapter 10 is part of the vision of chapters 10 - 12 and is one vision. Daniel receives a more in depth vision of both the Medo-Persion Empire the and Grecian Empire leading into the full manifestation of the Antichrist through the Roman Empire.  This detailed history gives us a great revelation of how the antichrist will rise.  The historical fulfillment of the abomination of desolation happened under Antiochus Epiphanes.  But Jesus totally brought it into the end-time timeline in Matthew 24:15 Then Jesus said, "Therefore when you see the 'abomination of desolation' spoken by Daniel the prophet, standing in the holy place. Then let those who are in Judea flee to the mountains."  This refers to the beginning of great tribulation the Jews the last 3 1/2 years. Jesus clearly ties in this event to the tribulation period and marks the middle of the tribulation.  This answer given by Jesus was in response to the disciples asking when the end of the age would occur.

The antichrist will come to power peacefully.  This picture is found in the four horsemen of the apocalypse of Revelation chapter 6.  The first horse is white and the rider has a bow without arrows.  He will conquer peacefully through a peace agreement with Israel.  Perhaps even helping with the building of the 3rd temple on the temple mount.  But following the white horse will be the red horse of war, followed by the black horse of death and the pale horse of pestilence.  The antichrist breaks this covenant with Israel in the middle of the tribulation or at the time of "abomination of desolation".  This will start the period of two great events on earth.  Great persecution of Israel and new testament Christian believers and great victory and overcoming power of the saints. Jesus told Daniel in the final vision that when this strike occurs from the antichrist, "But the people that know their God will be strong and carry out great exploits."  Daniel 11:32  Also God will have a remnant that will "will understand and shall instruct many.." (v 33)  So in the middle of the great power of the antichrist will be an even greater power of the saints.  In fact Daniel 7 has one of the most awesome statements in the entire bible. Daniel 7:26-27 "But the court shall be seated, and they (the saints) shall take away his (the antichrist) dominion, to consume and destroy it forever.  Then the kingdom and dominion and the greatness of the kingdoms under the whole heaven shall be given to the people, the saints of the Most High."  Yes, in the end the saints shall, through the power of the Holy Spirit, totally overcome Satan and through their dominion establish Jesus Christ kingdom on earth!

Posted by Unknown at 5:55 PM No comments: 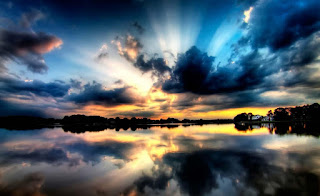 Each year God gives me a word between Christmas and New Years Eve.  This year I have waited on the Lord extensively and didn't want to miss what "the Spirit is saying".  It came clear and specific in 7 areas.  This is the year of "Awakening".  The Holy Spirit has come to planet earth in a fresh wind, and new wave of glory, a sound of "Awakening"!  The darkness has been temporarily exposed, pushed back, unearthed and upset. America particularly experienced it in the election of our new president elect Donald Trump.  He is the perfect choice for this "Awakening" in our nation. He carries what I call "common grace" like a Winston Churchill, a Abraham Lincoln.  He has been appointed, like Cyrus by God, for a specific purpose in redirecting our nation away from the rampant global agenda and liberal progressive thinking. It has caused a stirring in the heavens and on the streets.  In December I had three visions of a snake that had been stepped on after his election.  That snake was the opposition that hated him and did everything to stop him.  I was raised on a ranch and know what happens when you step on a rattle snake.. it tries to bite you. There is going to be a push back on abortion, on the homosexual agenda, on corruption in high places.  These are the clear areas God spoke to me about for 2017, and I will not go into great detail, but just list them.  Please watch the short video for more revelation.

Please forward this post on to others and especially the short video below.  Let's spread to good word for 2017.