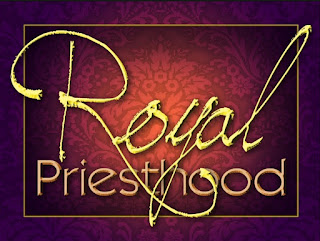 Jesus is a Priest forever after the order of Melchizedek! This amazing revelation gives us the insight into the end-time dominion calling of the bride of Christ.  We are called to be a kingdom of kings and priests unto our God! We are kings and priests after the order of Melchizedek of whom Jesus Himself is patterned. Who was Melchizedek?  The bible refers to the book of Jasher mentioned two times in the book of Joshua.  It gives an identical reference to Melchizedek the king of Salem or Jerusalem.  It also identifies him as Shem, the son of Noah.  He lived to be approximately 500 years old and died the same year as Sarah, the wife of Abram. (Genesis 11:11)  He was so honored in the ancient world that Abram (Later named Abraham) gave a tenth of the spoil of the battle to him. Shem carried the blessing of his father..."Blessed be Shem, may the land of Canaan be his servant."  Genesis 9:26.  Shem taught Abram the principles of God like the tithe and other priestly duties. Under Abraham and the law of Moses the offices of king and priest were separated. It was forbidden for a king to do the work of a priest under the law of Moses.  King Saul lost his kingdom for practicing this.  Another king got leprosy for doing the priestly administrations. What was separated under the law, Jesus brought back together as the King/Priest. Hebrews mentions Melchizedek in three chapters 5, 6 & 12.  How important this figure was that Jesus Christ Himself is a priests forever after Melchizedek's order. Psalms 110 also mentions this priestly order that David prophetically saw.  The power of Psalms 110 shows the authority Jesus has to put all enemies under His feet.  Psa. 110:4 - 7  "You are a priest forever according to the order of Melchizedek.  The Lord is at Your right hand; He shall execute kings in the day of His wrath.  He shall judge among the nations. He shall fill the places with dead bodies. He shall executed the heads of many countries. He shall drink the brook of the wayside; therefore He shall lift up the head." This speaks of the transition of earth to Christ's ruler ship under the dominion of His bride. "Your people shall be volunteers in the day of Your power."  Psalms 110:3  We are, I believe, in the time of the end when the bride is going to exercise her glorious power!

Please listen to this important teaching.  I felt the anointing of God as He downloaded this teaching to me yesterday, Wednesday at our bible teaching for KLU.  This is end-time prophetic revelation.  Kingdom Life University - register NOW

Posted by Unknown at 3:51 AM No comments:

7 Mountains of influence - Mt. of the Family 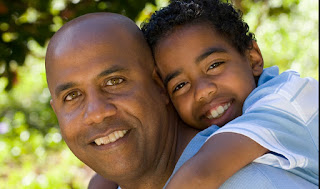 The foundation of all societies is the family.  But the family, as of late, has been under attack!  But we can change that. God is raising up a generation of transformers, invaders of darkness, and conformers to the will of God! We have drawn our line in the sand and announced to Satan and his imps that they are illegal, defeated through the blood of Jesus Christ and in His name must abandon the territory they have taken on this mountain. Women's liberation has gone to far and the manhood of this generation is compromised with confusion, intimidation and fear. Only 3% of our nation is gay, yet they have influenced the entire culture. It shows that we only need 3% of kingdom minded young warriors who can retake this mountain. We can restore the biblical family in America and around the world.  Satan is will not win this battle for this mountain.  Why?  Because God established it and will protect it. His angles are on standby to enforce the declarations and commands of His saints. The modern family will no longer be defined by the world, but by the word.  Young fathers rising in responsibility and holiness.  Mothers walking in response to Godly husbands and men who know how to love and lay down their life as Christ did for the church. There is a kingdom mentality rising on the earth.  A revelation of who we are in Christ as the bride, both men and women.

Posted by Unknown at 2:15 PM No comments: 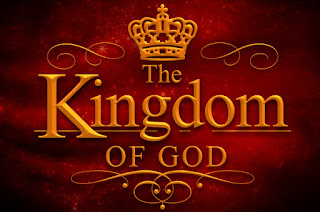 The kingdom of God has authority to influence the culture of all nations.  Salt and light are typically the affect that kingdom kids have on their culture.  We have, however, abandoned much of our culture and retreated into an escapist theology.  We have somehow embraced the idea that the best thing for us is to escape off this earth, rather than transform it.  Our ability to transform earth is based on the power of the blood of Christ over our enemy.  Satan has possessed many of the gates of the cities in the areas of the mountains of family, government, education, media, arts & sciences, business and religion.  As we have stood off the the side and often watched what Satan is doing, many believers do not know how to reengage. The study of the 7 mountains of influence will help us understand how the kingdom cultures should affect the natural culture around us.  But we must first have a kingdom mentality.  Much of the church does not even understand how the kingdom of God is operating in this age.  The bible mentions the kingdom 176 times.  The word "born again" is found in only one passage, yet is talked about almost weekly in evangelical churches.  Where have we gone astray? Satan is blinding the eyes of many toward kingdom teaching because he understands that kingdom people carry a great attitude of authority against him and overcoming him.  Remember Jesus was manifest for two reasons.  First, to bring us to salvation.  "For this purpose was the son of man manifest to take away our sins."  Second to make us disciples.  "For this purpose was the son of God manifest, to destroy the works of the devil."  Both are important.

Posted by Unknown at 5:00 AM No comments: 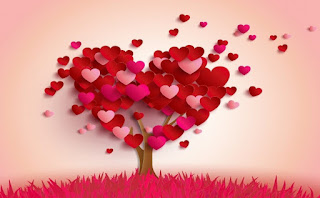 The insecurity of the Shulamite is overcome in the opening of Chapter 2.  She now refers to herself as "The rose of Sharon and the lily of the valley".  The king quickly confirms her self declaration and says, "Yes, you are the lily among thorns so is my love among the dauthers".  She sees her great favor as his choice for her over all other women.  Much different than chapter one where she feels the king may reject her because of her deep tan from working in the vineyard.  She even veiled her face to hide from him.  But in chapter two her security is overcome by the strong words of acceptance and love from the king. The power of words begins to strengthen her confidence and he confirms his love over and over again. Their relationship begins to develop as she lets down her guard and receives the kings love. The very thing that she thought might turn the king away from her, which was her working in the field and watch the goats, was the thing that attracted him.  He invited her closer to his tent and began his interest in her.  Rachel was noticed because she went to get the water at the well, but ended up watering the camels of Ishmael. It is in the duties of life that we find the greatest opportunities.  We see the Shulamite just growing in confidence as the king speaks words of affirmation and love over her.

Posted by Unknown at 4:48 AM No comments: